The misty world of marijuana stocks

“One day, people are going to ask me how I became a millionaire,” the Wolf tells me.

The 35-year-old from Florida invests in US marijuana firms – many of which are booming – and as the pseudonymous leader of #WolfPack, a rapidly growing Twitter community, he shares information about those stocks with his followers.

His online persona, the “Wolf of Weed Street”, is a parody of Jordan Belfort, the corrupt New York stockbroker played by Leonardo DiCaprio in Martin Scorsese’s recent blockbuster.

Though the Wolf considers Belfort’s character a “scumbag”, he likewise deals in stocks that sell for pennies rather than dollars, and that aren’t big enough to list on major exchanges. 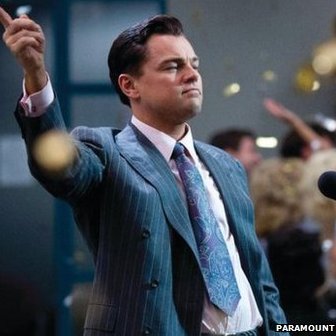 Penny stocks are notoriously volatile and often loosely regulated, but unlike the film, in which Belfort makes his money through a series of boiler room scams, the Wolf’s deals are entirely legal.

Also unlike Belfort, the lupine investor doesn’t partake in the product itself, although he confesses he used to, back in college.

The firms to which the Wolf gives his seal of approval are mostly riding the wave of recent legislation that decriminalised recreational use of the drug in the US states of Colorado and Washington.

In what’s been dubbed a “green rush”, investors have flocked to cash in on the new markets, causing stocks in cannabis companies to soar.

It’s the single best investment idea of the next decade”

An index tracking the performance of marijuana industry stocks, in which only companies with a minimum market value of $1m are allowed, soared by 125% in February alone (although it has since declined significantly).

It is not just shares in marijuana growers that are blossoming. Companies selling a wide variety of marijuana-related products, from vapour inhalers to cannabis vending machines, are all seeing their stock rise.

Even firms providing security to cannabis farms and warehouses are in the mix. 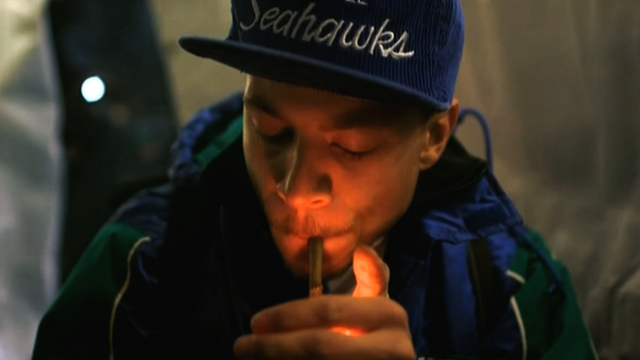 How do Americans feel about legalised marijuana?

The movement in marijuana stocks has received attention beyond the #WolfPack too. Veteran financial advisers, such as Todd Harrison, have been betting on cannabis being the next big thing since as early as December 2012.

“It’s the single best investment idea of the next decade,” says Mr Harrison, who founded investment news website Minyanville after making his name at Morgan Stanley and as the leader of a $400m hedge fund.

He likens the growth in weed stocks to the boom in the internet-based companies of the late 1990s – and plenty of investors feel the same way.

“I get inquiries from soccer moms, who feel they missed the boat last time around,” says the Wolf, who jokingly refers to the marijuana boom as the “dot bong” era. 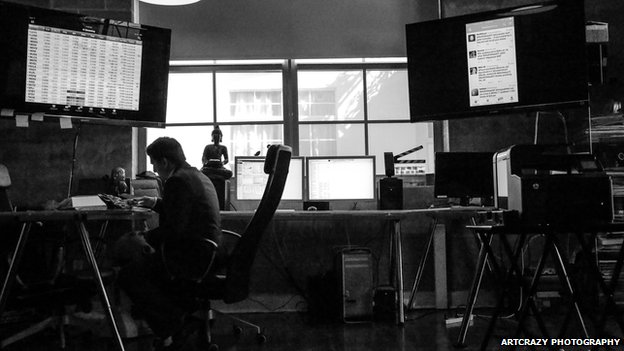 The Wolf leads a community of investors from his home in Florida, sharing tips on marijuana stocks

But discerning the long-term winners and losers might prove just as difficult as in the 1990s. “There will be the Ciscos and Microsofts that emerge as winners,” says Mr Harrison, referring to the dotcom survivors. “But not before some firms get their feet held to the fire.”

I ride the wave and then jump”

Although Mr Harrison is a cheerleader for the cannabis industry, he is “not a big fan” of many of the penny stocks currently driving the investment boom.

The volatility of these companies has caused the US Financial Industry Regulatory Authority (FINRA) to issue warnings to investors over possible marijuana stock scams, and the Securities and Exchange Commission (SEC) was forced to suspend trading in one firm.

Even the more stable and legitimate companies are struggling, having to convince banks, who fear drug racketeering charges, to take their cash.

The Wolf, who at one point lost 60% of his fortune in one day, is realistic about the instability of many of the companies in which he invests.

“I’ve started to treat the whole sector like a giant game of Frogger,” he says. “I ride the wave and then jump.

“Shorting is a problem,” he adds, referring to a process by which investors dump borrowed stock that they think is going to decline, then buy it back at a reduced price. 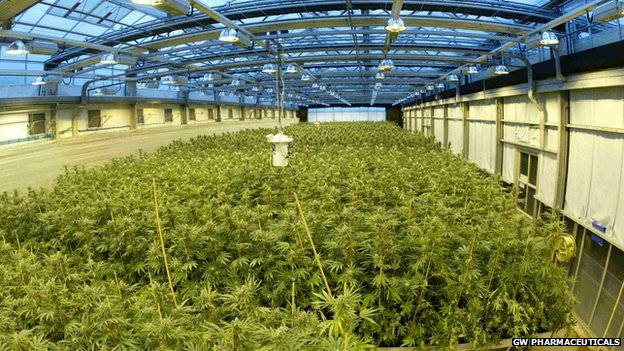 GW Pharmaceuticals, a UK-based medical research firm, is one of the few cannabis-related firms listed on a major stock exchange

Sites such as the Cannabis Financial Network (CFN), which offers in-depth analysis of marijuana firms, are in high demand. The consultancy says it identifies “legitimate companies that are well positioned” to do well in the new markets, and favours firms with a publicly demonstrated business model, who make most of their money through sales of medicinal marijuana.

Experts such as Alan Brochstein, a financial adviser who was an early adopter of marijuana portfolios, are also sought after by those looking for a foray into the foliage.

“I spent six months being negative – I saw a lot of shady business practices,” says Mr Brochstein. “But there are newer and better companies now.”