By Aldo Gamboa 20 hours ago

Washington (AFP) – In a country known for its drug war and where Bill Clinton once caught hell for admitting to smoking pot, new ground is being broken: legal marijuana markets in two states.

The pioneers of this sea change are out west, in Colorado and Washington, and grassroots support for their experiment is strong.

Marijuana consumption is legal and regulated for medical purposes in 19 US states, in some cases for the past 20 years. And in most of them, private consumption of pot is not classified as a crime.

But Colorado and Washington are taking a big jump forward. They are creating a pot market in which local authorities will oversee growing, distribution and marketing — all of it legal — for people to get high just for the fun of it.

In Colorado, famous for its Rocky Mountain ski resorts, at least 130 licenses have been issued for small shops which, starting January 1, will be able to sell up to 28 grams of marijuana to people aged 21 or older.

Another 300 applications for licenses are pending. The pot sold in shops will come from private, licensed growers. 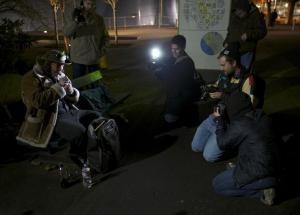 In Colorado, consumption, possession and domestic growing of pot in small amounts were already allowed. But sales of it were not. This left the door open for drug dealers to operate.

In legal terms, smoking pot will be subject to the same rules and obligations as those governing alcohol. People will not be able to smoke it in public or grow it on public land.

In Washington, the framework for the new system is laid out, although the first licenses for legal sales of marijuana are not expected to be issued until mid-2014.

Other states are watching these experiments closely and pondering similar legislation. 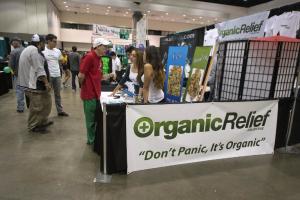 He told AFP that Colorado and Washington have left behind a debate on “how do we lock people up, how do we arrest more people, how do we drug-test more people, into a much more adult and mature conversation about how do we sensibly regulate this commodity in a way that advances public safety and public health.”

How the plans develop in Colorado and Washington is key because the rest of the country is watching.

“It is important that they do this right, because providing good leadership and making the transition to legalization of marijuana in a responsible way is important for how the rest of the country perceives this. There is a responsibility to do it in a smart and mature way,” said Nadelmann.

All this represents not just a new approach but also a judicial problem. Although the marijuana trade will become legal in those two states, it will remain illegal at the national level.

So the possibility of Drug Enforcement Administration agents raiding licensed stores in Colorado or Washington or arresting people triggered formal debate at the Justice Department. 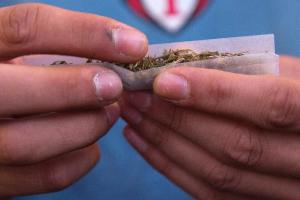 In the end, after intense consultations, the agency announced in August that it renounced the right to challenge the new pot laws in the two states.

Nadelmann said the US experience has big ramifications abroad. To wit, Uruguay is about to legalize marijuana altogether and become the first country to do so.

“What Uruguay is going to do next week is inspired in part by what happens in the US,” he said.

Much is said of the Netherlands, whose marijuana policy is often misinterpreted and was recently amended.

Holland never formally legalized consumption of marijuana but rather adopted a policy of tolerance of low-level consumption. It is considered a public health issue, not a law enforcement one. Growing and distributing marijuana is still illegal in the Netherlands.

So the policy always relied on something impossible to hide: clandestine supplying of the country’s famous hash and pot cafes.

Still, Holland is divided between those who favor formal legalization of marijuana and those who are sick of “marijuana tourists” who go to the Netherlands to get high.

So several Dutch cities have denied foreign tourists access to the free-wheeling cafes, only letting in people who can prove they live in the Netherlands.