Disclosure: The author has no positions in any stocks mentioned, and no plans to initiate any positions within the next 72 hours. (More…)

The U.S. and Canadian Dollars 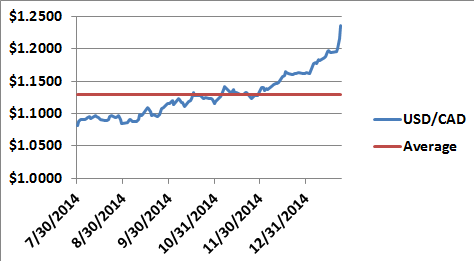 The remainder of this article provides some background information on GrowPros, a new, Canadian convert from gold mining and exploration to marijuana. This is only one of the possible 9 Canadian firms included in the above table. There are other Canadian marijuana firms, of course, but I have restricted myself to this above handful, already accessing U.S. capital markets.